Stay tuned for a new video presentation by Ralph Bowman that features interviews of concerned citizens explaining why Walden must go.

Greetings to my fellow Oregonians. My name is Gary Eby. I am retired from the VA as a mental health counselor and addiction therapist. I am a veteran of the Army Band Program. I am also the author of two self-help books about spirituality. I urge you to join us today to retire Congressman Greg Walden in our 2nd district.

I could give you a whole and long list of reasons why Walden must go. For the sake of time, let me briefly mention the top three: (1. healthcare; (2. the environment; and (3. proliferation of nuclear weapons.  Let’s begin with healthcare.

Friends, are you aware that Americans all over the country are filing for bankruptcy due to horrendous medical bills, long hospitalizations, and unbelievable high costs of life-saving  medications and treatments not covered by insurance? In addition, at least 28 million Americans still don’t have any form of health insurance coverage. What is the human cost of of this?

Too many people , our fellow Americans, are dying needlessly. Just read in the paper the other day about a teacher who died from complications of the flu, because she couldn’t afford the co-payment of $150 for medications to treat the problem. This  is unconscionable!

And where does Walden stand on affordable healthcare for all Americans?  He consistently votes for polices and legislation that would remove an additional 13 to 24 million Americans from health insurance.  That means he doesn’t care that Americans are going bankrupt and dying due to a lack of affordable healthcare services.  Time for Walden to go!

Now for the environment.  Are you aware that 97% of all scientists support the facts that significant climate change and global warming are caused by human beings and the burning of fossil fuels?  More importantly, Walden and his friends are not telling us truth regarding this crisis and the devastating power of the “greenhouse” effect.

Climate change is the number one health hazard facing us in the 21 century.  You see, global warming is not just about a few hotter days each year. It’s all about extreme weather, melting ice caps, dead oceans, acid rain, droughts, hurricanes, flooding, mud-slides, forest fires;  and the destruction of crops, trees and wildlife on land and in the sea.  All of this will bring on pandemics like cholera, malaria, lime disease,  asthma, bronchitis, COPD, and more. For example, air pollution is already killing millions of people around the globe.

What is Walden doing about this? He and his friends in Washington DC are in a terrible state of denial. Walden votes for policies and legislation that dismantle the E.P.A., risks our beautiful Oregon beaches to off-shore drilling, and violates our national parks and monuments to exploitation  by the fossil fuel industry.  He endorses subsides for the big oil companies who accumulate billions in profits each year, and he refuses to support clean and alternative  energy sources or new jobs that can come from the power of  wind, solar, and electric cars.  Time for Walden to go!

Last but not least, you might disagree with some of this information. But let’s have an honest and open conversation about the folly of starting another nuclear  arms race.  Walden stands  shoulder to shoulder  with  those so-called leaders who suggest a nuclear war with North Korea is doable and winnable.

Everybody knows deep down in their hearts that nothing good or positive or healthy will ever come from using nuclear weapons.  The fall-out and radiation from a nuclear war of any sort will form toxic clouds that will kill millions of innocent people all around the world.  I thought these crazy ideas were put to rest a long time ago with our nuclear test ban treaties.

Nobody wants Armageddon right? Time for Walden to go!! Let’s put into office leaders who stand for fairness, equality, affordable healthcare, economic opportunity for everybody, nonviolence, and a safe, clean, environment for all human beings on this glorious planet.  Will you join us? 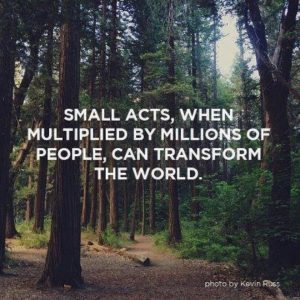