Republicans Are Taking Aim at Our Most Precious Right: Access to Free and Fair Elections 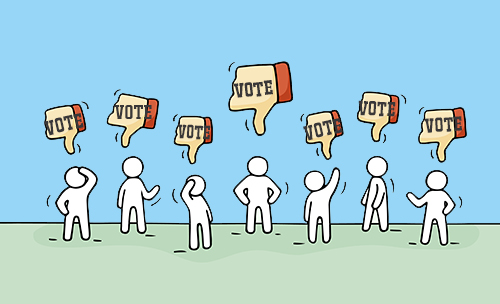 The GOP is working hard to make voting more difficult for Americans. Seems they have realized that when people are given more access to free and fair elections, republicans lose.

Because of this, republicans are currently going after all the swing states that flipped blue with aggressive voter suppression legislation. We cannot sit by idly and let them water down voter rights.

Arizona Republicans have introduced 34 bills to make it harder to vote, including ending mail voting, purging list of voters automatically receiving mail ballots, cutting # of polling places in Maricopa County from 100 to 15 & allowing GOP legislature to overturn will of voters.

Pennsylvania Republicans have introduced 14 bills making it harder to vote, including the end of no-excuse absentee voting, throwing out mail ballots for minor errors and gerrymandering the courts so they can’t strike these laws down.

CNN reported that “the voting bills in Congress — which Democrats have said are an early priority — would establish at least 15 days of early voting in federal elections, allow for automatic voter registration, restore voting rights to former felons, and bar states from prohibiting mail-in and curbside voting — along with a slew of other changes to election and campaign-finance laws.”

The reforms that the “For the People Act” would put into law are transformative. To protect and expand our voting rights and ensure fair political representation. It would provide automatic, online and same-day voter registration, and all voters access to free, universal mail-in voting regardless of where they live. It would guarantee a minimum of 15 days of in-person early voting, and it would also bring an end to partisan gerrymandering by creating independent redistricting commissions in every state.

To help protect the voting rights of all Americans, Democrats have introduced the “For the People Act“, which will counter the rise of big money in politics, establish a system of small-donor public financing for congressional and presidential races and increase disclosure requirements for the unlimited outside political spending that was brought about by Citizens United.

Additionally, our own Senator Ron Wyden and Congressman Earl Blumenauer have introduced the “Vote at Home Act” to increase voter access for all Americans, so that they have all the benefits we have here in Oregon, including:

Both pieces of legislation help to put power back where it belongs – in the hands of the people.

Contact your congressional representatives and your senators and let them know you support a YES vote on the “For the People Act” and the “Vote at Home Act” to stop voter suppression and provide free and fair elections for ALL Americans. Additionally, if you have friends or relatives in any of the swing states – ask them to contact their state representatives to vote NO on proposed voter suppression legislation.

Apathy gave us four years of Trump. Be an active citizen! Get involved! Stay Engaged!