Please send in your letters of support for HB 2927 today or by Wednesday. For the first time ever, a public hearing will be held on The National Popular Vote on 6-22 in the Senate Rules Committee.   Here is my letter. Do what your heart guides you to do. Together, we can make a huge difference in our Democracy today!

Gary Eby <qlcoach2@yahoo.com>
To
srules.exhibits@oregonlegislature.gov
CC
qlcoach2
Today at 10:09 AM
Dear Patriots: Are you ready to do something historic and great for our county? Now is the time to move forward on HB 2927 – the National Popular Vote. We can not afford to back-slide with SB 825.
Please open your heart and mind. How is it fair to Democracy that only 500 people elect the President of the United States? It is right, fair, just, and proper that the will of the American people determine our next President. Plus more than 25 counties have sent in resolutions of support for this bill. And this bill has been gaining support since it was first introduced in 2007.
I am a author, musician, and retired social worker. I am also a veteran. I worked at the VA for more than 20 years helping our nation’s heroes have a better life. Now, I am asking all who believe in a kinder, healthier, and more compassionate America to do the right thing today.
Let the will of the People determine our next President.
Sincerely:  Gary Eby, MSW (retired)
author of Reflections: A Journey to God.
235 Cedar Brook LN
Cave Junction, Oregon 97523
541-727-8312
Please respond to this letter. 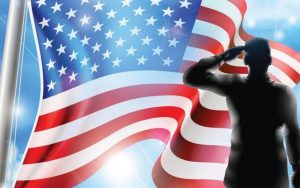 Here’s the action I took. Will you join with me and raise your voice in support?

“Thank you for sending e-mails to your state legislators and officials concerning the National Popular Vote bill.

You have sent this message to the following:

SUBJECT: Candidate with most votes should win Presidency

The current way we elect the president is broken. It looks like the entire campaign is going to come down to Ohio and Florida and a couple of other states. Oregon doesn’t seem to matter because everyone knows who is going to win here, and the candidates ignore us. But we as American citizens can change all of this. Let’s save America today: https://niume.com/post/233815 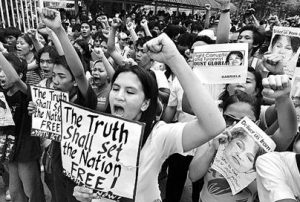 Here is my humble strategy to create a kinder, healthier, better America. First, how is it fair and just by any stretch of the imagination, that the most powerful elected position in America – the Presidency, isn’t elected by the popular vote?

Mayors are elected by popular vote; so are governors, representatives, and senators. Why is the office of president any different? Sure, you can argue that the founding fathers of America set up the Electoral College, and that’s the way our Constitution wants it to be.

What if the Electoral College is broken, flawed, and rigged against the true will of the American people? For example, the founding Fathers never debated the “winner-take-all” system that is presently used by 48 of our 50 states via the Electoral College to elect a president by a mere 270 or more votes. Why should 270 votes count more than millions and millions of Americans?

Is the Electoral College wiser than all of us? Are we equal or unequal? Are we free to determine the fate of our country or not? Should we trust a president who has a hand on the nuclear trigger, and doesn’t have the support of the majority of Americans? Does this really make sense to you? 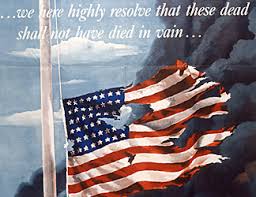