Please consider sending a note of encouragement to Democratic party members of the State Joint House Ways and Means committee urging them to support HB2020 as it emerged from the Natural Resources sub-committee and reject the amendment from Betsy Johnson that would weaken it substantially.  If we are serious about addressing this problem, we cannot accept this undermining of the program.

Contact links (phone and email) are available at https://socan.eco/state-representatives/; scroll down to FULL COMMITTEE.

How Safe is Liquefied Natural Gas? It’s certainly a concern to the JoCo Democrats!

How Safe Is Liquefied Natural Gas? Not as safe as the government of British Columbia, Canada has claimed, according to an article by the award winning journalist, Andrew Nikiforuk, in the independent, online, Canadian news magazine, The Tyee. According to Nikiforuk, new studies and past incidents raise questions about location standards and safety.

The Canadian company, Pembina Pipeline Corporation, wants to build the Jordan Cove Terminal in Coos Bay to store liquefied natural gas (LNG) for export to Asia. The LNG will not even be from Oregon. It will be fracked gas from Canada and the Rocky Mountain states. Pembina wants to put the people of Coos Bay and those along the 229 mile long Pacific Connector Pipeline, as well as our environment, at risk for their financial gain, with only small benefit to the people of Oregon.

Click on this link to read the full article about the safety of liquefied natural gas terminals.

The coast of Oregon is in the Cascadian Subduction Zone and is due for a major earthquake.  They already have to fear a tsunami that often accompanies this type of earthquake.

Earthquake experts explain how the Jordan Cove facility increases risks to over 17,000 people that live nearby. The hazard zones extend 2.2 miles from the facility and transit route into the communities of North Bend, Empire, Barview, Charleston, and Coos Bay.

Within the immediate “cremation zone” the odds of surviving an accident or an earthquake and tsunami are “not good.” LNG Tankers will take about 90 minutes to make the transit. A tsunami will arrive in about 10 minutes.

Do you support increasing the risks Coos Bay residents already face? We may not live in or near Coos Bay, but these people are our friends, our families. They are Oregonians. They are people.

While this appears to be the death knell for the Jordan Cove / LNG project, we need to remain vigilant…this Phoenix has risen from the ashes before.  Read Rogue Climate’s May 6, 2019 press release for additional information.

Show the members of the Oregon Department of Environmental Quality your appreciation for their hard work and consideration on this important issue.  Send them a well deserved “Thank you!” by letter or email.  While you’re at it, the people at noLNGexports.org, RogueClimate.org, RogueRiverkeepers.org, the Klamath Tribes, the Oregon Chapter of the Sierra Club, and many other organizations who worked so hard to keep this issue at the forefront and keep us all informed also deserve our warmest appreciation.  Please, let them know you care!

Here is a wonderful discussion by Dr. David Suzuki about the future of our planet and what we can do about it

Dr. David Suzuki discusses the future of our planet.

“After listening to this [video] with Dr David Suzuki, you’ll never be the same again. The environmentalist, activist, professor of genetics and science broadcaster hits us with some home truths about what our future will look like if we continue to live the way we have been. What will life be like for our children and grandchildren? Can the damage we’ve done to the planet be reversed? Is extinction of the human race imminent?

We talk about population control, the importance of renewable energy and discuss what we can do right now in our own lives that can actually make a difference. This is for anyone who cares about the future of mankind.”

What Can You Do to Reduce Plastic Waste, Improve the Environment, and Save Wildlife from a Horrible Death

Right now there is a bill in the Oregon House Committee On Energy and Environment, HB2509, to ban single-use plastic shopping bags from being used in the State of Oregon.  This would be a big step in reducing the huge amounts of plastic accumulating in our oceans and killing wildlife. 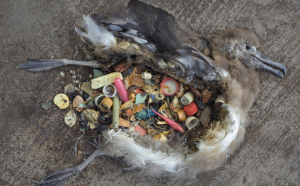 What can you do?  Call, write, or email your Oregon state representatives and tell them you strongly support this bill.  Ask your representatives to insist that it be brought up for vote and that they vote to pass it.

If you value your planet, this is a good start in trying to reverse, or at least slow down, the damage we have already done.  This isn’t about blame.  At one time we all thought plastic bags were great.  They are economical, light weight, and convenient.  Now we know the damage they do.  Let’s do something about it!  Many of us already bring our own reusable shopping bags with us to the grocery store.  It seems inconvenient at first, but it becomes a habit.  In this case, a very good habit. 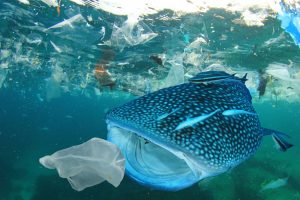 Let’s do our part!  Let’s contact our state representatives and ask them to do their part!  Ask them to vote yes on HB2509.  How do you contact them?  Here is a link to the contact information for each of our representatives.

By unanimous voice vote at the February Josephine County Democrats Central Committee meeting, the members of the Central Committee approved a motion to write Governor Kate Brown and request that she oppose the Jordan Cove Export Terminal in Coos Bay and the 229-mile long Pacific Connector Pipeline running from Malin, a little town on the California border southeast of Klamath Falls, to the Jordan Cove terminal.  A Canadian company, Pembina Pipeline Corporation, wants to build the Jordan Cove terminal and the liquefied natural gas (LNG) pipeline to transport fracked gas originating from Canada and our Rocky Mountain states across southern Oregon in order to sell it to Asian countries.

Balance that against the fact that this pipeline will result in a 95-foot wide clear-cut through our forests and more than 400 stream and river crossings.  The eyesore this creates in our beautiful state is just scratching the surface.  The clear-cut would fragment and degrade habitat for endangered species and would increase erosion.  The proposed pipeline would cross bodies of water in the Coos, Coquille, Umpqua, Rogue, and Klamath watersheds.  These crossings would require extensive riparian clearing that would reduce shade, increasing water temperatures in streams that already violate temperature standards for salmon and other cold-water fish.  Construction of the pipeline would cause increased sedimentation in streams and rivers, which impacts fish and their habitat.  Many of the streams and rivers that the pipeline would cross are home to native salmon that are in many cases already facing extinction.  The amount of material that would be dredged out of the Coos Bay estuary and removed from streams is over 6 million cubic yards and would fill the Rose Bowl stadium in Pasadena nearly 15 times!

The pipeline will affect existing farms and fishing businesses as it disturbs waterways, damaging sensitive salmon and steelhead habitat.  Horizontal directional drilling would occur under the Klamath, Rogue, Umpqua, and Coquille Rivers, threatening these waterways with potential pipeline drilling accidents.  Job loss will also occur in fisheries, oyster farms, tourism, and more in the Coos Bay area due to the degradation of habitat and natural resources that these jobs depend upon.

Drinking water downstream from waterway crossings would be at risk from accidents, erosion, and spills both during and after construction.

Cultural resources, traditional tribal territories, and burial grounds are threatened by both the pipeline route and the export facility.  The Karuk, Yurok, and Klamath Tribes have all passed resolutions opposing the pipeline.

Liquefied natural gas is predominately methane.  It is liquefied at an extremely low temperature to reduce its volume then pushed through a pipeline under high pressure.  When it escapes the pipeline it reverts back to gas.  Methane is extremely flammable and it is explosive.  What could possibly go wrong?

We are seeing more and more that fossil fuel transmission pipelines are not safe.  Over the last two years, the Williams Company has had four gas infrastructure explosions in the US, injuring workers and evacuating towns.  For natural gas pipeline accidents alone, the Pipeline and Hazardous Materials Safety Administration (PHMSA), a United States Department of Transportation agency, has collected data on more than 3,200 accidents deemed serious or significant over 30 year period between 1987 and 2018.

A “significant incident” results in any of the following consequences:

Much of the Pacific Connector Pipeline is proposed to travel through rural areas that are prone to summer wildfires where the pipeline would have much lower safety standards than in more populated areas.  The Jordan Cove terminal would be built in a region vulnerable to earth quakes and tsunamis located near the population centers of North Bend and Coos Bay.

How will this project impact our climate?  The Jordan Cove terminal and the Pacific Connector fracked gas pipeline would become the largest source of climate pollution in the state by 2020, when the Boardman coal plant closes.  A new study finds that this project would emit over 37 million metric tons of greenhouse gas pollution, 15 times that of the Boardman coal plant, or the equivalent of 7.9 million cars on the road.  Moving forward with this project would make it increasingly unlikely that Oregon can reach its climate goals and the targets of the Paris Climate Accords, which Governor Kate Brown committed to in 2017.  Oregon’s commitment to climate leadership would be undermined by hosting a facility that supports unsustainable global emissions and undermines climate action in other regions.

704 landowners are directly affected by this project as they are on or adjacent to the proposed facilities and routes.  According to Pembina, 62% of them have worked out agreements for the use of the land for the pipeline and/or facilities.  That leaves 38% who have not, which means their land could be taken through the process of eminent domain.  That’s about 268 unhappy landowners that would have to give up their land for a project that would only marginally benefit our state…at great risk to our state.

For additional information on the Jordan Cove Export Terminal and the Pacific Connector Pipeline go to https://www.nolngexports.org/faq/

60 Minutes Report: The climate change lawsuit that could stop the U.S. government from supporting fossil fuels

Climate change is one of the most important issues of our time.  It seems that no matter how urgently scientists insist we do something about it and do it soon, the climate deniers, the fossil fuel industry, and the politicians that are beholding to them, do everything possible to put the brakes on any progress toward getting it under control.  While we cannot let up on our efforts to slow down or halt climate change, this lawsuit is a ray of hope that we can all get behind.  (follow this link)