Just Give Us the Facts!

Does anybody remember the popular Dragnet TV series? One of the key characters, Sgt. Joe Friday, made the following line famous, “Just  the facts…” Where do most people get their facts?  Face Book? Newspapers? TV? How can we be sure our sources are truthful?

#1. What is Congress doing to educate us about the dangers of climate change and global warming?

#2. Are there any facts that suggest a massive propaganda campaign by global billionaires, misinforming Americans about a world-wide environmental crisis?

#3. Do we have factual information that the President of the United States is above the law?

#4. Should Congress investigate sexual harassment charges by at least 19 women against the President? What are the facts?

#5. Are powerful factions covering up the full extent of the Trump Administration’s involvement with the Russians and the 2016 elections?

#6. Is it okay for political leaders in Washington DC  to lie about the facts?

#7. What about campaign reform so any American (without millions of dollars) can run for political office?

So…give us the facts. I really want to know; don’t you? Maybe fake news poses a major threat to our democracy. Let’s have an honest and frank conversation about it.

Along these lines, you might want to check out the free panel discussion, “Democracy at Risk 2: Fake News and Freedom of the Press”, April 8th @the Kerby Center, 3 to 5 p.m. 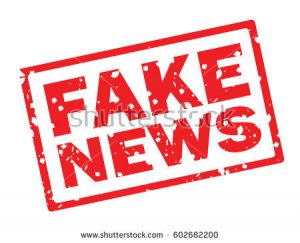