Oregon State Redistricting Has Been Signed By The Governor 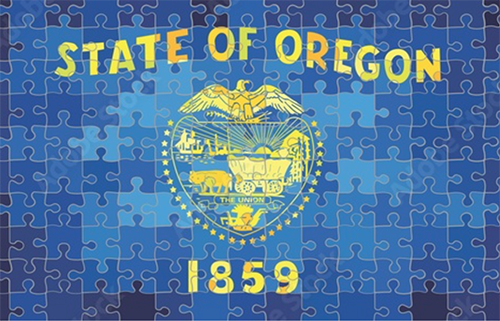 On September 28, 2021, on a party-line vote, Oregon Democratic legislators passed the history-making redistricting bill, which was promptly signed by the Governor, adding one new seat to Oregon’s congressional representation. Some counties face pretty significant changes in districts, and some are not as dramatically affected. Click on the links below to see the new district boundaries.

However, it’s important to note that the redistricting process is not yet completed. Electors can file challenges to the redistricting plan until Monday, October 25, 2021.  If a challenge is filed it goes to the Oregon Supreme Court for consideration and we will likely not have final districts set until January 31, 2022.  If no challenge is filed then final district lines will be approved as early as November 22, 2021.

OPB reports “The new map includes four U.S. House seats that either are safe Democratic or lean in the party’s favor, one reliably blue seat and one seat that could be a toss-up. Republicans believe the proposed boundaries will likely result in the Democrats obtaining five of the U.S. House seats to the GOP’s one.

One seat that could be in play is held by moderate Democratic U.S. Rep Kurt Schrader, who has served as the U.S. Representative for Oregon’s 5th Congressional District southwest of Portland since 2009

Regarding the Supreme Court

‹ JoCo County Commissioner’s Proposed Resolution: “In The Matter of Valuing Liberty” › Add your voice to the Courier Poll on River Democracy Act