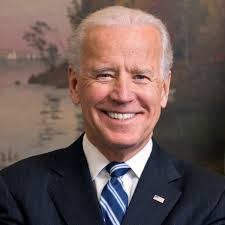 America is an Idea.

An idea that goes back to our founding principle that all men are created equal. It’s an idea that’s stronger than any army, bigger than any ocean, more powerful than any dictator. It gives hope to the most desperate people on Earth. It instills in every single person in this country the belief that no matter where they start in life, there’s nothing they can’t achieve if they work at it.

We’re in a battle for the soul of America. It’s time to remember who we are. We’re Americans: tough, resilient, but always full of hope. It’s time to treat each other with dignity. Build a middle class that works for everybody. Fight back against the incredible abuses of power we’re seeing. It’s time to dig deep and remember that our best days still lie ahead.

Born in the small town of Myrtle Creek, Oregon, Jeff Merkley has never lost touch with his working class roots. As a U.S. Senator, he works every day to create opportunity for working families, stop the corruption of our democracy, and tackle the climate crisis. A workhorse and a progressive champion, Jeff Merkley is leading a movement to get our country back on track.

From his website: Peter DeFazio’s common-sense proposals aim to create good-paying jobs, expand access to affordable health care and develop options outside of the for-profit marketplace, restore economic and educational opportunities, hold government accountable and tip the scales of inequality back in favor of hard-working Oregonian

DO YOU KNOW YOUR CONGRESSIONAL DISTRICT?

From her website: Politics is about people, and it is time for a new kind of politics in America, a positive politics that lets your voice be heard through the cacophony of hate and fear.
I stand for people, for autonomy, for each person to create their life, to reflect their values and their loves

DO YOU KNOW YOUR CONGRESSIONAL DISTRICT?